Raw milk can be sold only in the state where it was produced. Raw milk and raw milk derived products cannot be sold across state lines or internationally. The sale of raw milk (unpasteurized milk) milk for human consumption is prohibited by federal law through the U.S. Food and Drug Administration (FDA). The FDA advises states not to permit the sale of raw milk.The FDA also forbids states from allowing the sale of products made from raw milk, such as yogurt, cottage cheese, butter and ice cream. Some hard cheeses, such as cheddar and Swiss, can be legally made from raw milk.

In the remaining 19 states, the sale of raw milk to consumers is prohibited. Raw milk, however, can be purchased for animal consumption, which is how people in these states get around the law. 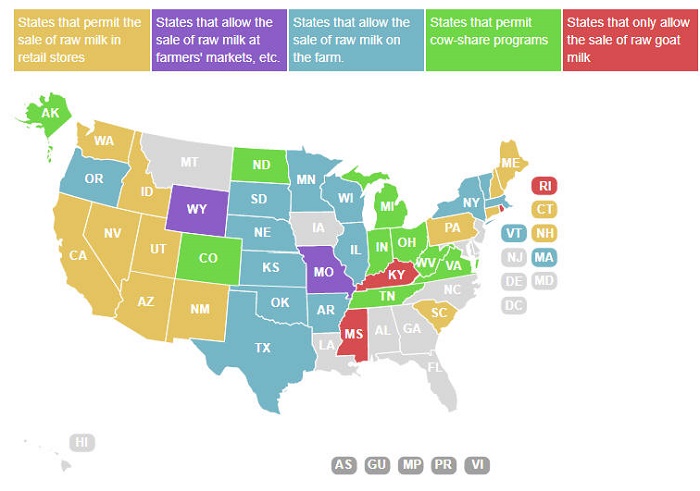